Note: We ask that you respect the privacy of the property owners. Please do not approach any of the homes or their owners. Thank you for your cooperation. 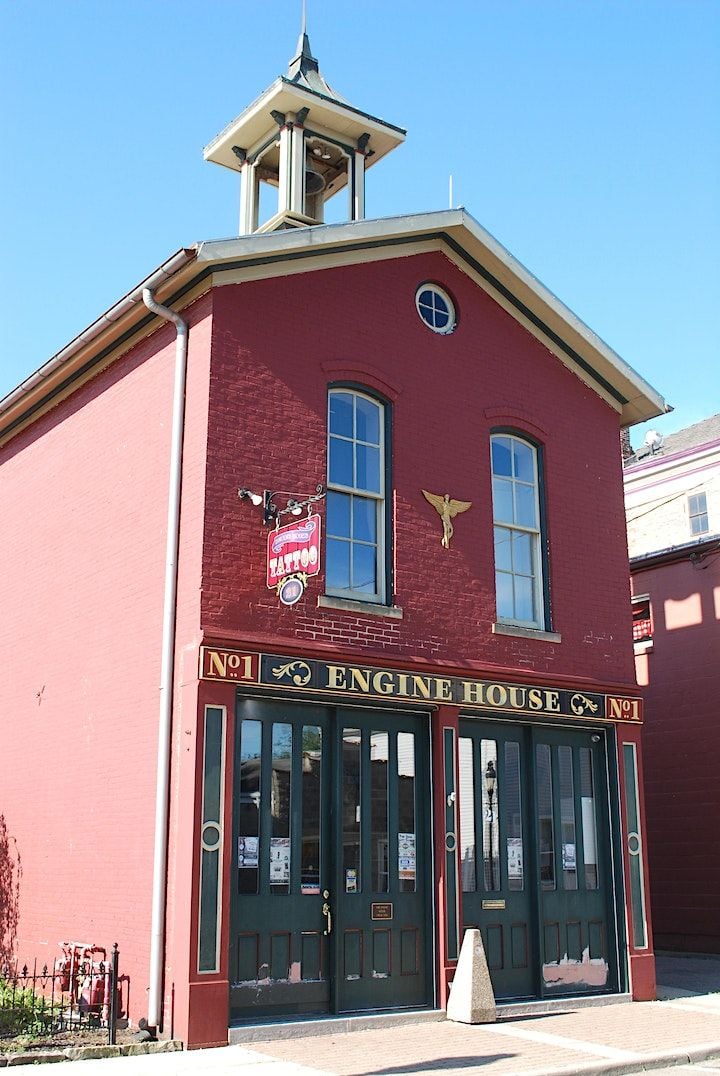 The Fire Engine House was erected in 1858 after the original fire house was itself destroyed by a fire. The building underwent much remodeling until it was purchased by the Dupps Foundation and completely restored in 1996.

The construction of the Town Hall Building, located on the Southeast corner of Main and Center Streets, commenced shortly after the Civil War under the direction of the Germantown Trustees.

It was completed in 1872 only after the passage of special legislation by the Ohio General Assembly allowing a partnership with a private investor, whiskey tycoon David Rohrer. In exchange for providing financing to allow the completion of the project, Mr. Rohrer was granted a 99-year lease, renewable forever, on the ground floor commercial space facing Main Street.

The building was the venue for operas, theatre, sporting events, commencement exercises, government meetings, and youth/teen activities. With its unique history and ownership quandary, the building has been the object of much legal and restorative battles throughout its existence.

In the mid 1990's local attorney, Gary Leppla, untangled the building's ownership and thus the Town Hall/Opera House has begun to flourish again. 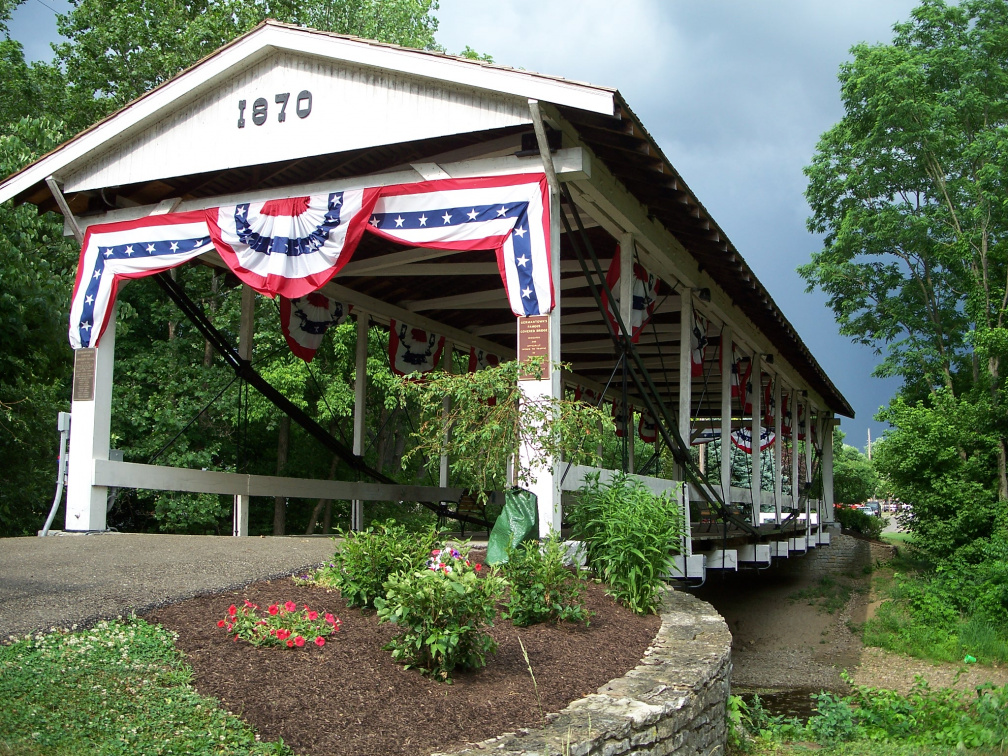 Constructed in 1870, Germantown's covered bridge is believed, by the Southern Ohio Covered Bridge Association, to be the only of its kind in the United States. It is a truss bridge, but using an inverted bowstring truss similar to that of a suspension bridge.

A recognized National Landmark, it is also the most widely used landmark symbolizing the community: emblem for the Germantown Press (1968), emblem for service vehicles (1971), and letterhead for Germantown Chamber of Commerce (1971).

Increased traffic and the weight of then modern vehicles caused the bridge's first damage around 1906; therefore, in 1911 an ordinance was passed to move the bridge to its current location on Center Street. Many years later the bridge was struck by a car and collapsed almost immediately into the creek, but townspeople worked together and were proudly able to bring the bridge back to almost-original condition.

The bridge has since been closed to vehicular traffic, but welcomes pedestrians and bicyclists. 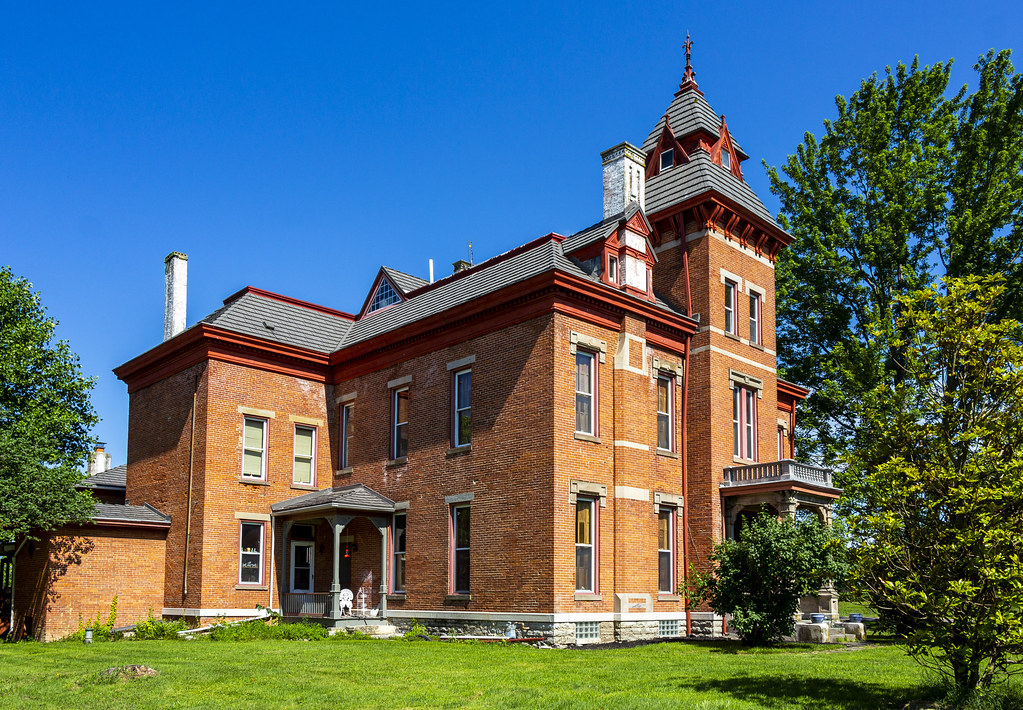 A Montgomery county landmark, the Rohrer Mansion was built in 1865 by Mudlick Whisky Distillery magnate David Rohrer. The three-story, 15-room brick mansion sits on the corner of West Market Street and Astoria Road.

The six-course thick brick walls were built with bricks fired on the Rohrer Farm, and the woodwork was cut directly from the homestead's stand of hardwood timber. The home is currently a private residence and the remodeled carriage house as a medical office. 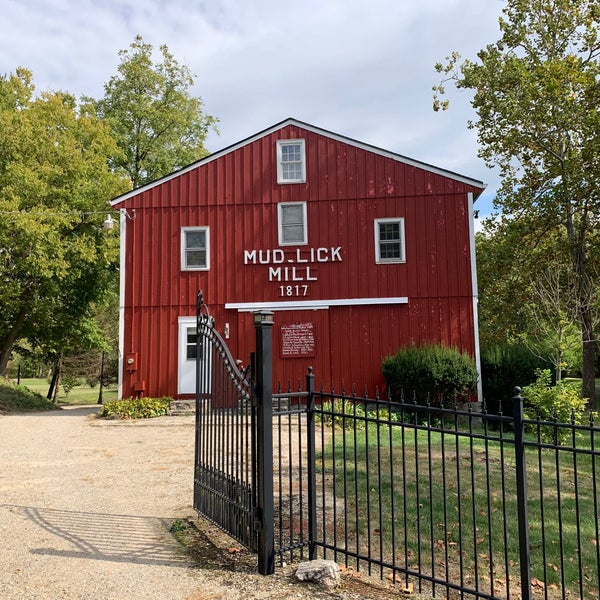 Situated on 75 acres that was eventually to be the mill location, the home was built in 1802 for Leonard Stump. Builders used bricks, glass, and hardware that were thought to be made on site. the home served as an inn and stage couch stop on the Lebanon-Eaton Trail.

In 1817, John Stump built the mill on the property and in 1847, the mill was purchased by Christian Rohrer. As a distiller, Mr. Rohrer saw the mill and available acreage as the appropriate location for a distillery. At this point the Mudlick Distillery and Mudlick Whiskey became a prominent part of Germantown business and remained in operation until 1914.

In 1950 the property was bought by Mr. Charles (Pop) Brown an his son Huston, who modeled the house as well as the mill which itself became the Mudlick Museum.

No longer a museum site, the historic house remains a treasured landmark, and the land is now also home to the Jasper Road Covered Bridge, which was originally constructed in 1877 over Caesar Creek in Greene County, the Hardin County Red McGuffey Derr School House, built in 1889, and Homer Kern's Bendvue Cabin. 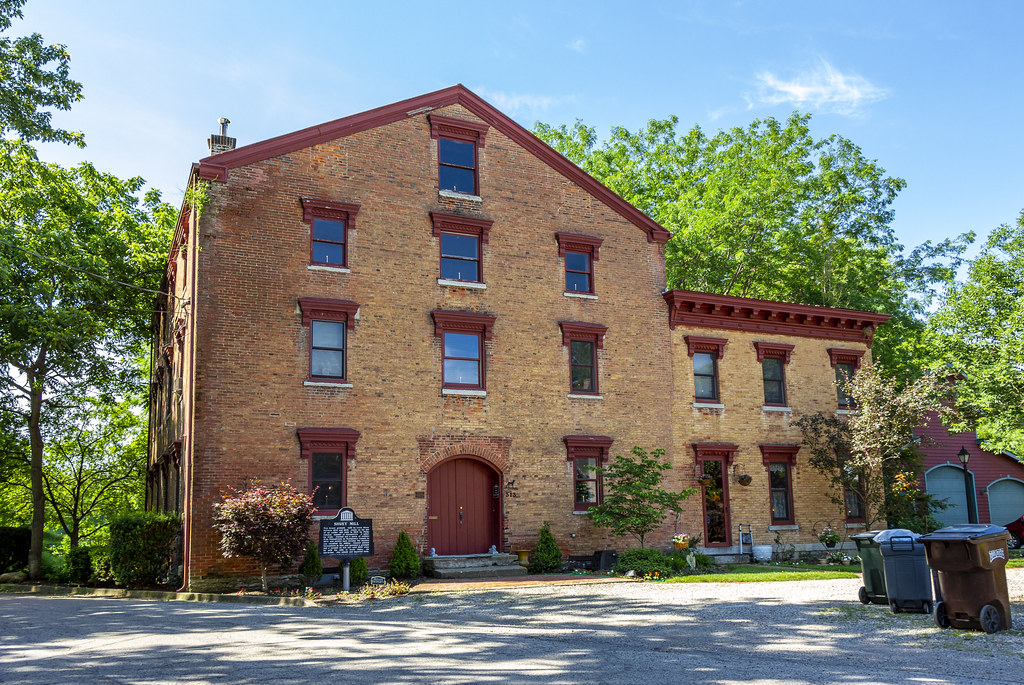 This mill was established in 1804 by Philip Gunckel who constructed a sawmill and gristmill at the site and platted the town with Main Street leading from the mill.

In 1830, Lewis Shuey, Gunckel's son-in-law, purchased the mill. He rebuilt the mill in 1845 and that three-story structure still stands today.

In 1888, the mill site became a cigar manufacturing plant as well as a tobacco warehouse. Also at that time a two-story addition was added to the mill building.

Currently used as a private residence, the Shuey Mill is located at 313 South Main Street. 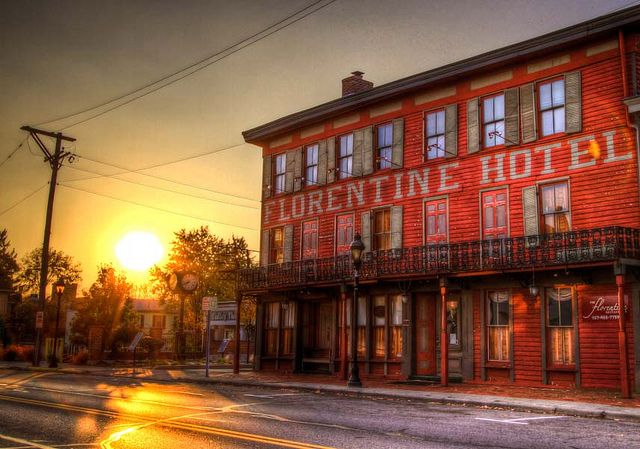 Although no longer a hotel, The Florentine is still an excellent restaraunt. The Florentine, located at 21 West Market Street, is considered the second oldest inn in Ohio, with the original brick section being built in 1816.

The inn was first owned by Philip Gunckel, the founder of Germantown, and was a major stop on the traction line and stage coach route.

Also known as the Leighty House and The Flo, The Florentine has housed many famous Americans, two of which are Henry Clay, former Secretary of State to John Quincy Adams, and Clement Vallandingham, a notorious Southern sympathizer. Both are said to have addressed enthusiastic crowds from the ornate iron balcony, with its woven pattern of acorns and oak leaves fabricated at the iron works in the Old Oregon District of Dayton. 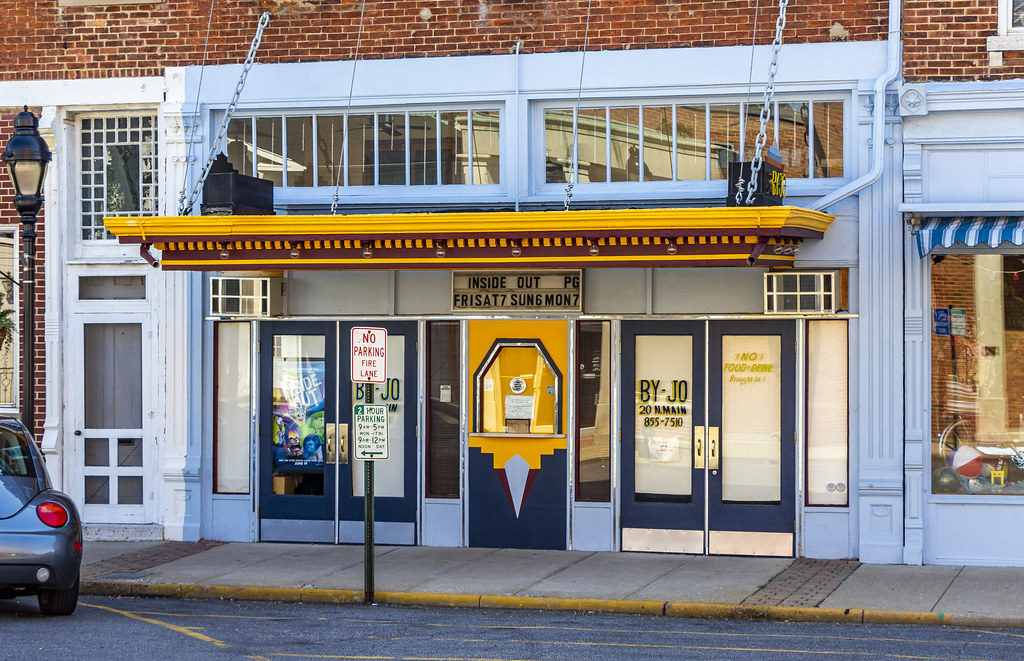 At a time when many movie theaters around the country are dimming their house lights and closing the doors, the marquee lights at the historic By-Jo Theatre still shine brightly and each week announce the upcoming attractions.

Opened in Germantown in 1926, the By-Jo is a must see for anyone who remembers or would love to know what theaters were before the attack of the Mega Cineplex. The theatre is located at 20 North Main Street and is open Friday, Saturday, and Sunday. 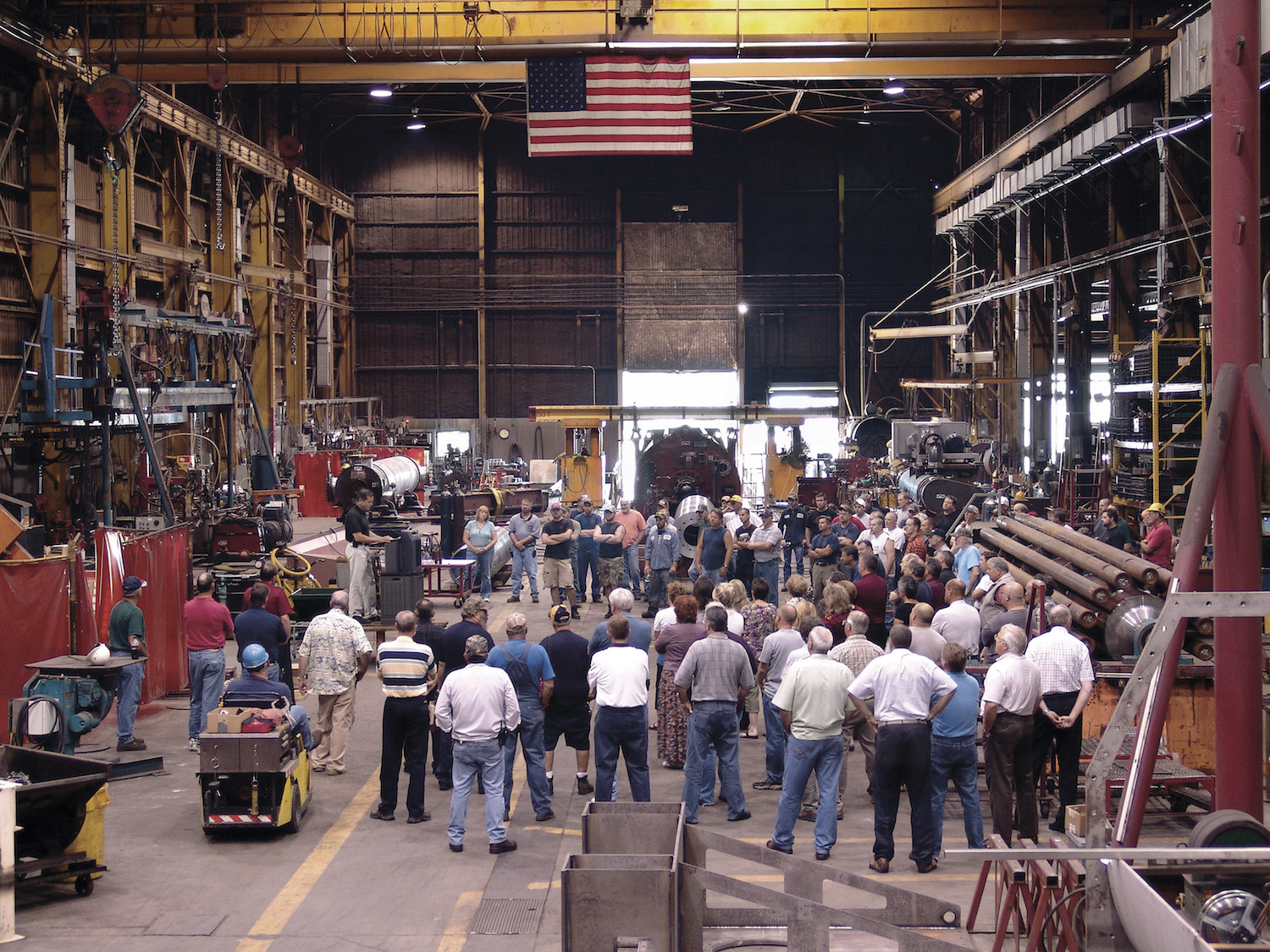 The Dupps Company manufactures process machinery for the meat packing and rendering industries located in all parts of the world. It is one of the largest companies of its kind in the United States.

The plant opened in Germantown in 1935 and remains the Village's largest industrial employer. 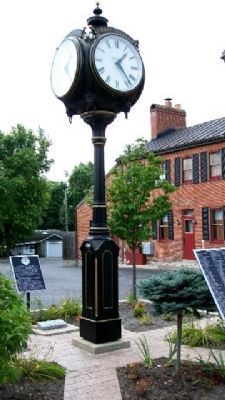 The clock is positioned adjacent to The Florentine on West Market St. and was dedicated on August 2, 2004. It stands as a symbol of civic pride for those residing in this close-knit community. 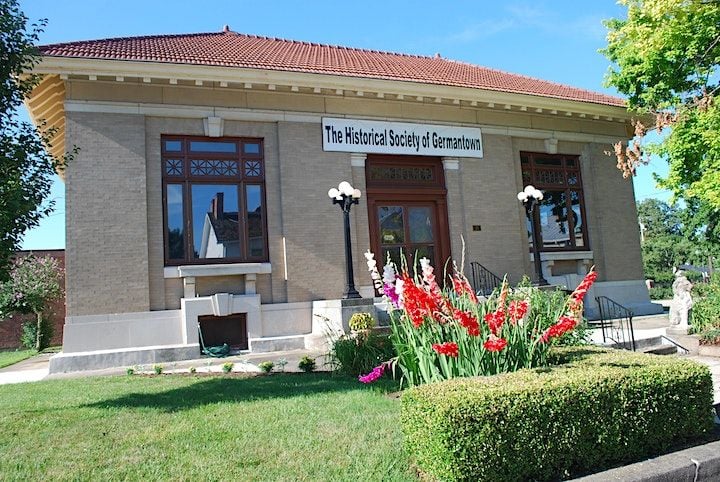 The Carnegie Building, located at 47 West Center Street, was built in 1907 on land donated by J.S. Atrim and funded by local contributions augmented by a Carnegie Grant. Orignally known as the Andrew Carnegie Library, the structure currently houses the Historical Society. 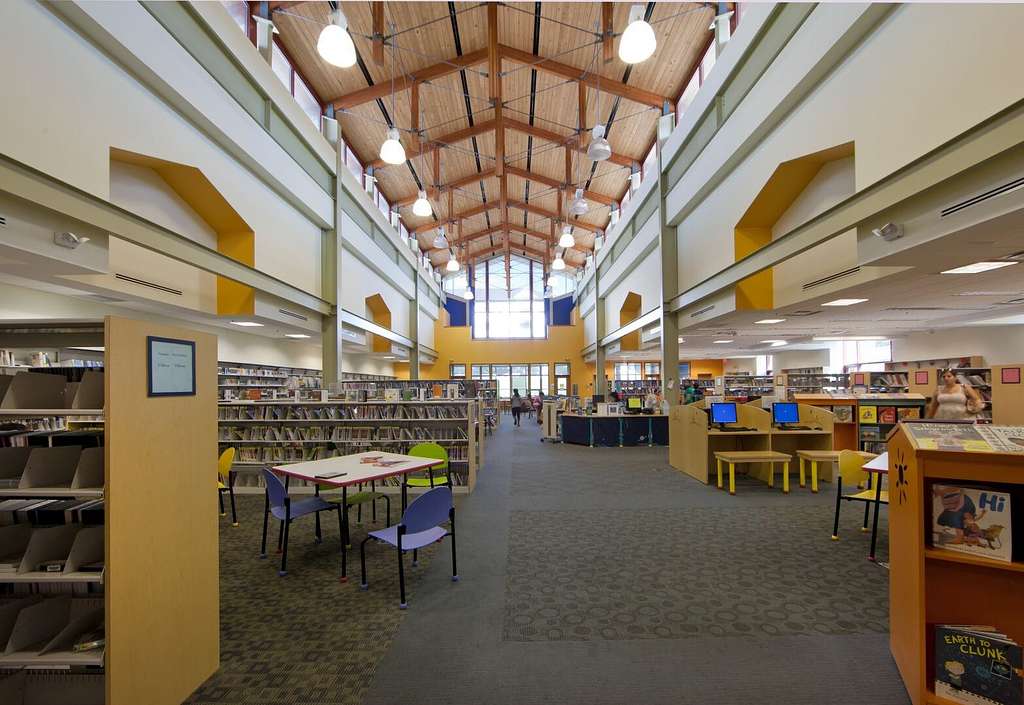 Located at 51 North Plum Street the Germantown Public Library offers materials in book, audio-cassette, and large-print format, as well as a variety of periodicals and newspapers. Also available is an ever-expanding collection of videocassettes and DVDs that can be checked out for seven days. The library also offers a delivery service for the elderly and home-bound, telephone renewals, meeting facilities for non-profit organizations, a local history boardroom, copy machines, convenient access to many government forms, and most recently became a WiFi hub. 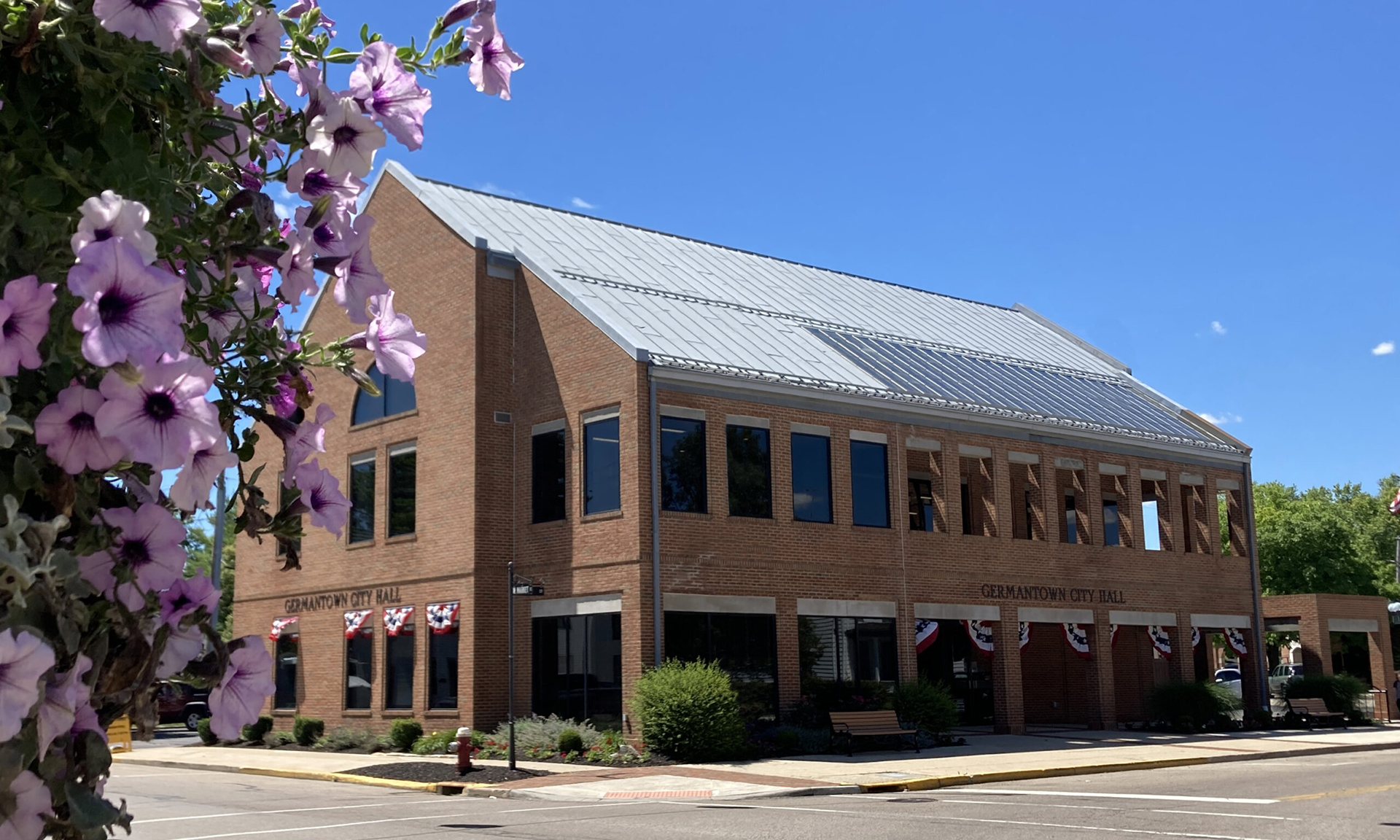 Built in the 1950's and adorned by Homer Kern lion, the all-brick structure was expanded and remodeled in 1996. The building currently houses the Utility (Water), Fire, and Police departments as well as the Village's Administration offices. The convenient location at 75 North Walnut Street makes this building accommodating to both residents and visitors alike. 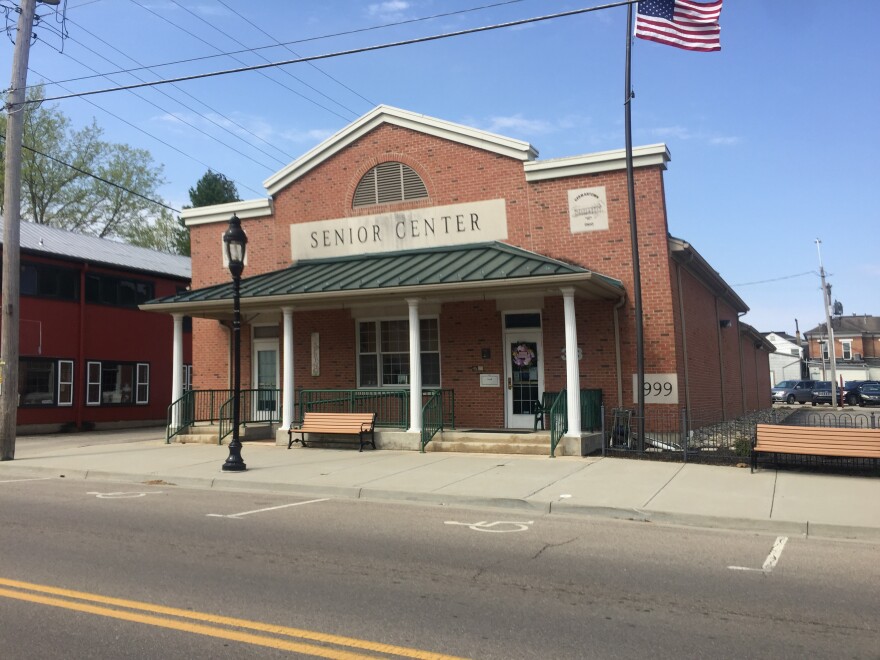 In existence since 2001, the Germantown Senior Center, located at 33 North Cherry Street, is a place for members to relax, socialize, learn, and stay physically fit.

The Center offers a variety of programs from bingo and leisure excursions to informative lectures on medicare and estate planning. 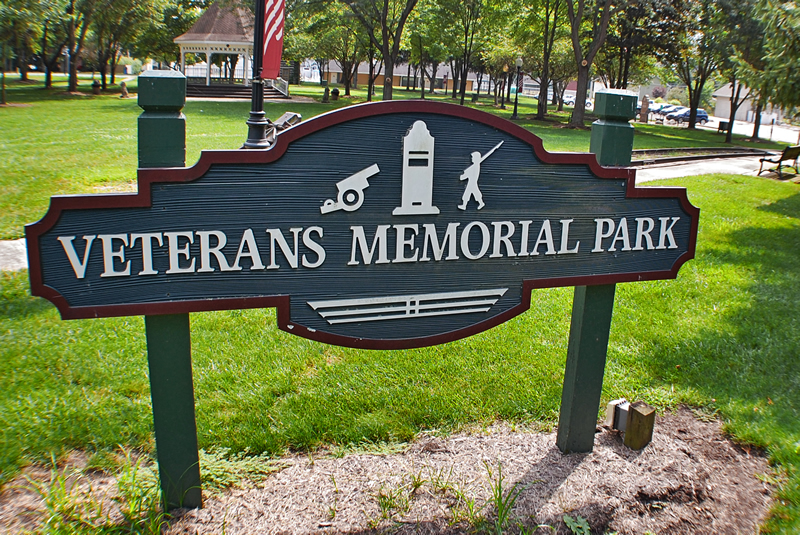 Located next to the Municipal Building at the corners of Walnut & Warren Streets in downtown Germantown, the park contains a gazebo, lighted basketball court, municipal pool, and children's play area. The park is the site for many social events for the village and township including: The Pretzel Festival, Memorial Day Program, Fourth of July Celebration, Antique Fire Apparatus Show, Founders Day Antique Show and Christmas in the Park. 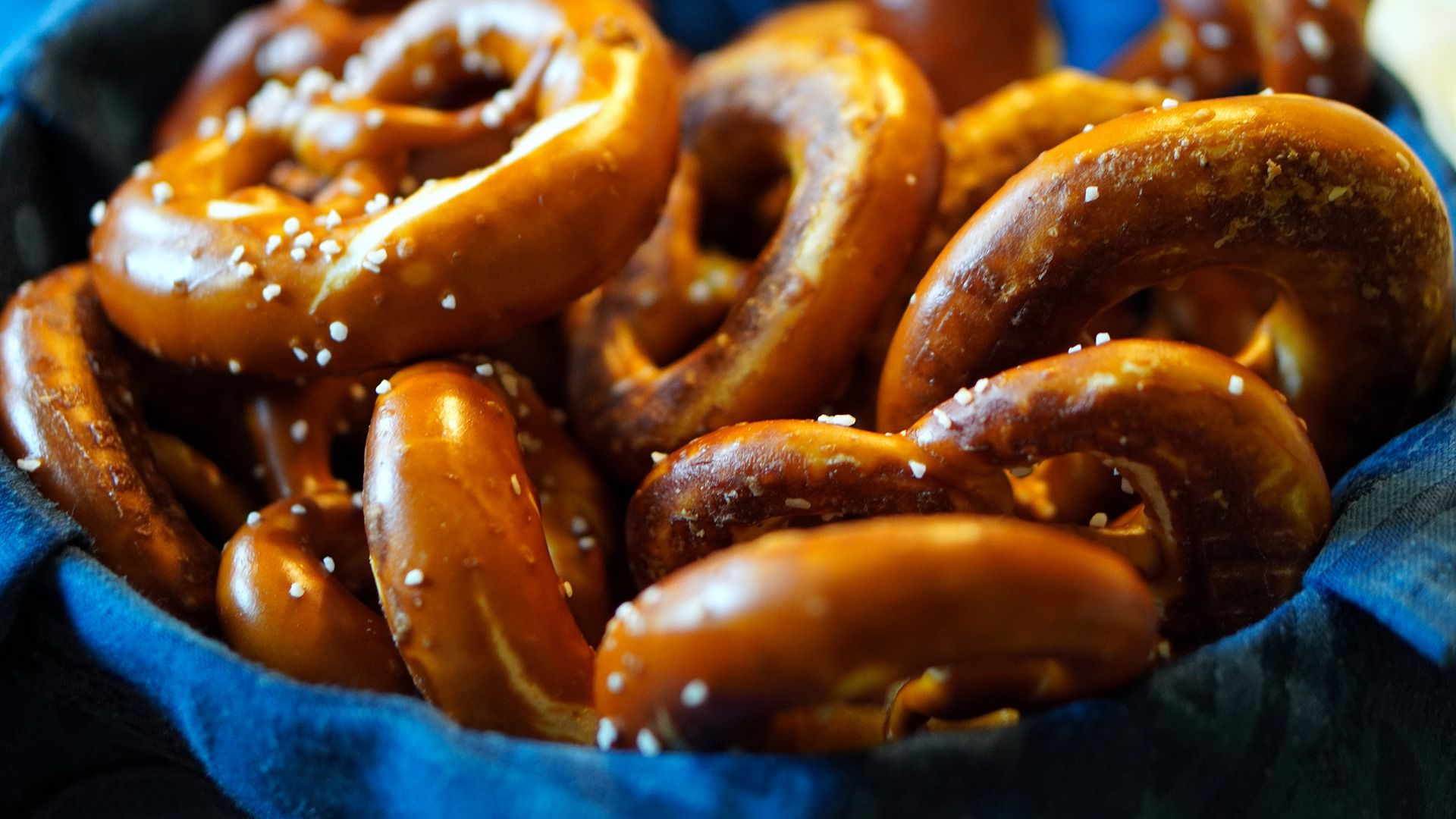 Join us for our free fall festival held since 1980 on the fourth full weekend in September. The festival features handcrafts, good food, live entertainment, and of course pretzels! Hours are 9 am - 9 pm on Saturday and 12 noon - 6 pm on Sunday. 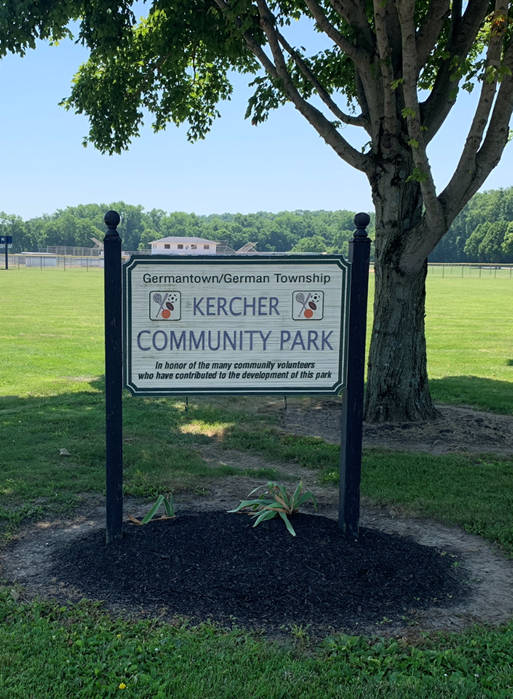 Various organizations operate programs for youth and adult sports activities from this facility throughout the year. Also in the works is a 39-acre soccer complex that will occupy the area on the other side of Astoria Road. 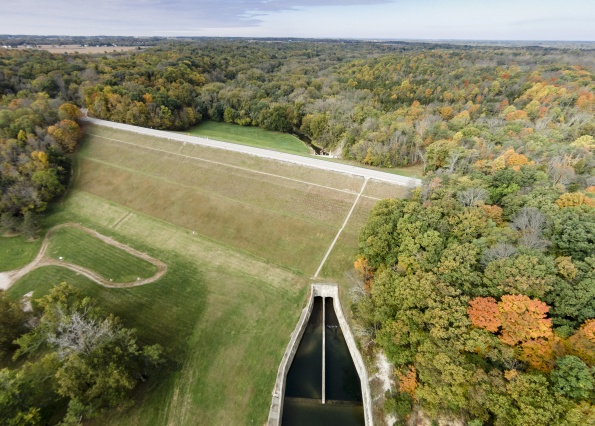 Located in German Township just west of town is the Germantown Dam, which is part of the Miami Conservancy District. The Germantown Metro Park, which contains more than 1400 acres, is operated by the Montgomery County Five Rivers Metro Parks and contains wooded trails, picnic areas with shelters, a nature center, and designated areas for fishing, sledding, and skiing. 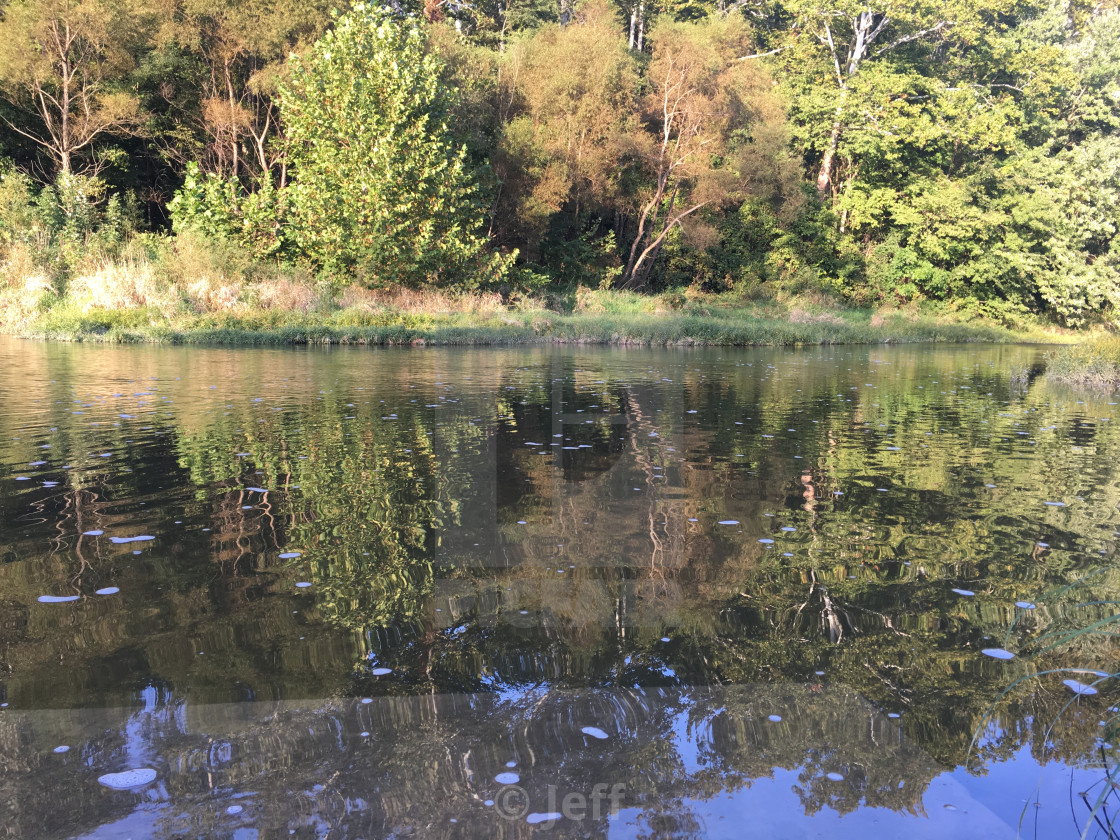 Positioned in German Township just south of town, the park, which is operated by the Montgomery County Five Rivers Metro Parks, contains 972 acres with over seven miles of hiking trails and over six miles of bridle trails. Hopewell earthworks, identified as a hilltop enclosure dating back 2000 years is also preserved here. 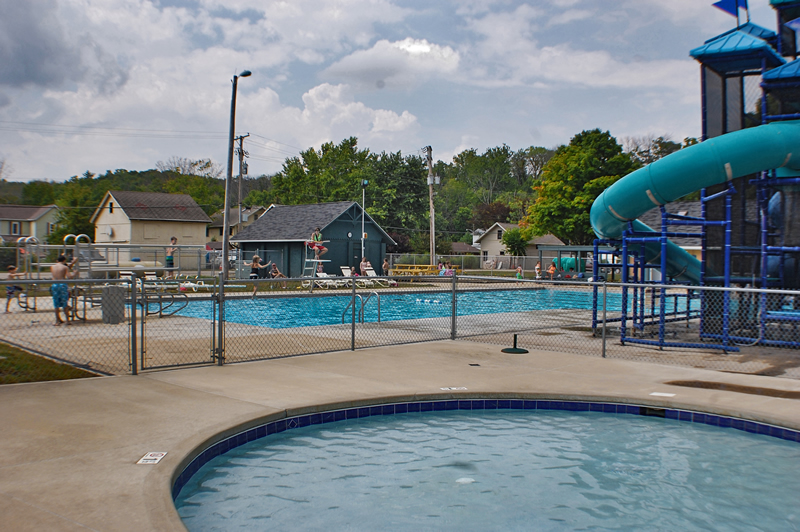 Situated in the heart of town in Veterans Memorial Park, the Germantown Pool opens Memorial Day weekend and is then open daily June through August. 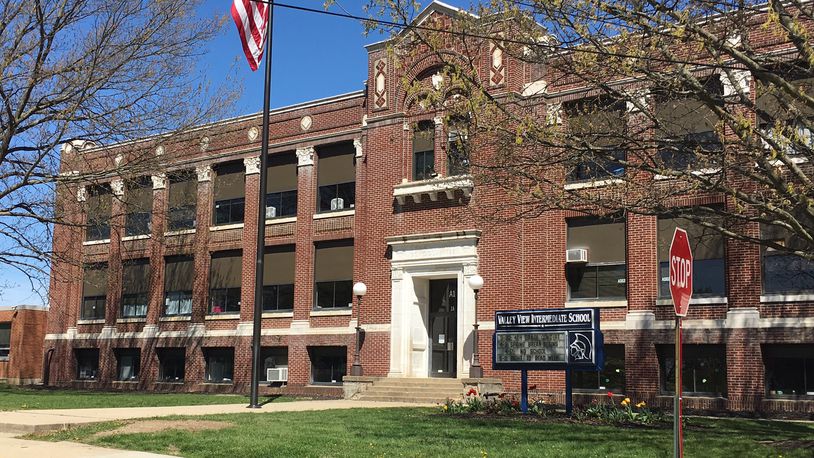 Valley View Local School District, with a student enrollment of 2,037, placed in the "Effective" category of the 2005 Ohio School Report Card, meeting 20 out of 23 indicators, with Valley View High School receiving individual "Excellent" ratings for the years 2002-2005 and 2010.

Boasting a 95% graduation rate from 1994-2004, Valley View consistently places third in the county for overall proficiency results. Graduates receive more scholarships per capita when compared to 13 out of 16 Montgomery County Schools, and boast an average ACT score of 23.

Along with their record of academic excellence, the Valley View Spartans also hold three (1994, 1996 & 1997) State Football Championships. With a mission statement dedicating that, "All efforts of the district will be focused on providing a quality education that will prepare students to succeed and to accept responsibility in their family, their place of work, and in society", we believe that Valley View Schools will live up to your highest expectations. 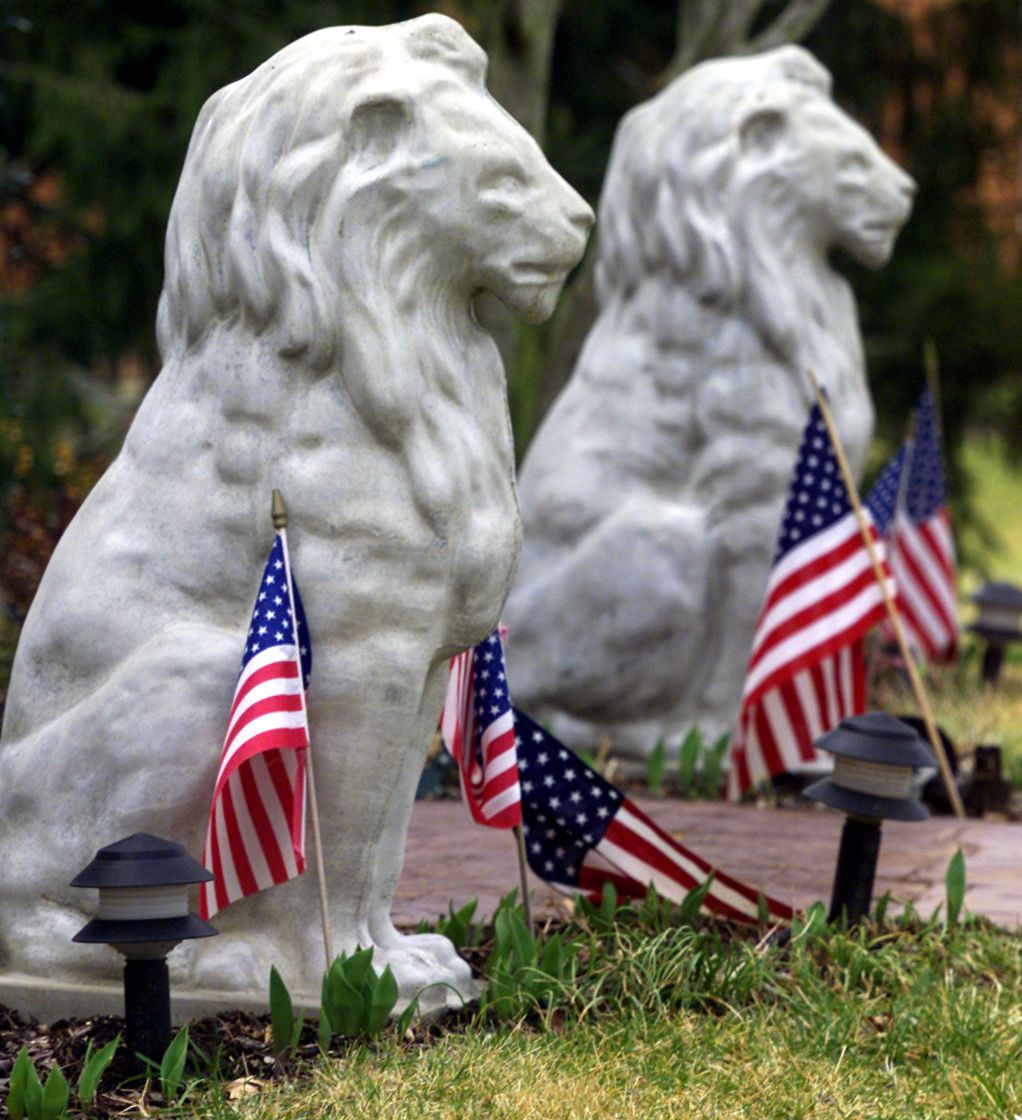 Homer Kern was the creator of many lion statues that are displayed throughout the village. Mr. Kern was a lifelong resident of Germantown and was employed in the 1930's by Buckeye Concrete, where the mold for the now famous lion was left by a traveling salesman. Between 1985 and 1995, he single-handedly created more than 300 of the 400-pound lions.

The lions mark the sites of libraries, universities, parks, businesses, and private homes in at least ten other states. Mr. Kern retired at the age of 95 and presented his last statue to the Village of Germantown.

Germantown is known for its historic downtown area and the unique wagon-wheel design of its alley system, which was originally laid out by Philip Gunckel when he settled in Germantown. The system is roughly bounded by Mulberry and Walnut Streets, and Warren and Market Streets. The downtown area was added to the National Historic Register in 1976.